NetEase Games has released that new Onmyoji Arena update on July 20th, 2018 (GMT+8). Servers will be up and running during this period, therefore Onmyoji Arena players can login and play as usual.

Susabi’s new Aquatic Wishes skin is now available in the Skin shop. If you’re a fan of Susabi, you’ll definitely want to treat him to this new outfit! There’s even a 12% discount until July 26th!

1. Share the activity link and get a Inuyasha shard.

2. Invite friends to Like you. Get a certain amount of Likes and claim Inuyasha shards. 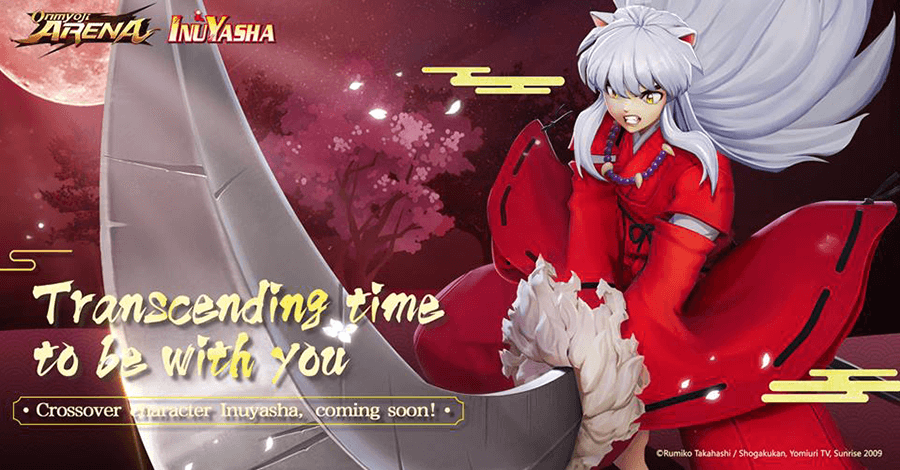 Serpent’s Shackle (Ability 2): Ability Power bonus of healing has been increased from 20% to 25%.

Pine Cone Clap (Ability 1): The split radius of Basic Attack has been increased from 285 yards to 300 yards.

Dependence (Ability 3): Link range has been increased from 800 yards to 900 yards.

Death Writ (Ability 3): Casting range has been increased from 750 yards to 825 yards.

Scythe of Punishment (Ability 2): Damage HP Bonus has been increased from 5% to 6%.

Inuyasha Arrival: New shikigami Inuyasha makes his official debut on the Heian-kyo battlefield! His position is Samurai and difficulty is normal. Master Onmyoji can exchange Inuyasha shards in Event Lobby – Regal Gift and summon him.

Google translation is available and translates multilingual chat in game.