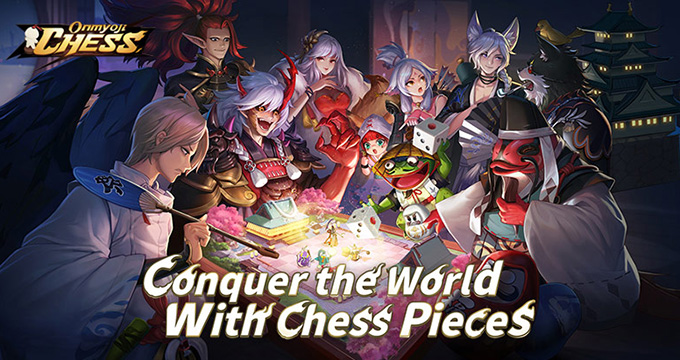 There are 2 phases in Onmyoji Chess: the preparation phase and the battle phase.

Drag the chess pieces to the lower part of the board to initiate battle.

When there are 3 of same Shikigami, you may fuse them into an upgraded version of that Shikigami by selecting “Upgrade” or dragging the chess piece in your hand to the same Shikigami on the board. Having stronger, higher-level pieces and making combos is a key to winning in Onmyoji Chess.

When the preparation phase ends, the chess pieces on the board will begin battle with the monsters or the opponent’s chess pieces.

Players can purchase new chess pieces and upgrade chess pieces using coins. Players receive coins based on the results of the previous match.

Players may obtain coins in the following ways:

Base income: Players will obtain a certain number of coins each turn. The amount of coins received will increase each turn. (At most 5 coins in a given turn.)

Interest: When a turn ends, players will receive 10% of their current coin total. (At most 5 coins in a given turn.)

Consecutive wins/losses return: Players may receive up to 3 coins based on their wins or losses.

When players lose a battle, they will take damage depending on the grade and level of the enemy chess pieces remaining on the board. Players will retire from the match when their Life Points reach 0.

There are various positions and features in this new mode:

In addition to the Shikigami from Heian-Kyo, there are 2 special chess pieces.

Froglet: This piece’s role is All. Froglets are pieces that represent all roles. When a Froglet is on the board, it will add 1 to the combo for each role.

Please make use of the Froglets to enhance your combos.

In battle, when players trigger a combo, they will also activate combo effects. Certain combo effects are more effective against certain pieces. Observing the opponent’s combination of pieces and adjusting your own is one of the keys to success.